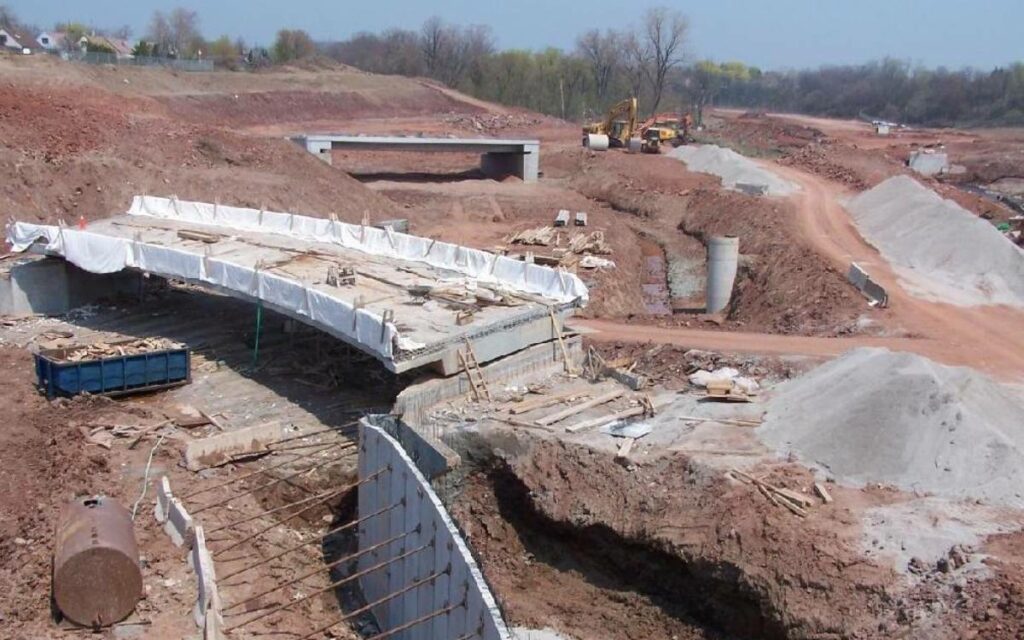 The judicial inquiry into the Red Hill Valley Parkway (RHVP) continued this week. Here is what we learned:

On Monday, the judicial inquiry heard from Andro Delos Reyes, the Senior Site Inspector for Golder Associates. The City of Hamilton retained Golder Associates to oversee the quality of the RHVP paving, and thus, Mr. Reyes was on site full-time during the road’s construction.

On July 25, 2007, a test strip of the RHVP pavement was installed by Dufferin and tested by Reyes and his team. He identified several concerns with the test strip pavement, including that the pavement was too thin and that the aggregates were cracking and breaking down. As per his role and responsibility, Reyes forwarded the test results to his boss Dr. Uzarowski.

According to the personal notes of Dr. Uzarowski, at an on-site construction meeting, the failed test strip results were discussed by Dr. Uzarowski and Reyes (both from Golder), Paul Janicas (Dufferin) and Marco Oddi (City of Hamilton).

With full knowledge of the test strip results, the primary paving of the RHVP began by Dufferin on August 1, 2007. During this first day of paving, Reyes was on site conducting quality control and recording his observations and sample tests. He would document a number of rejectable results with the paving and forwarded all of the information to Dr. Uzarowski. In turn, Dr. Uzarowski would express the concerns of the paving with Marco Oddi.

As previously noted by Dr. Uzarowski’s testimony at the inquiry, the test results would lead him to ask the Ministry of Transportation to conduct friction testing. The MTO testing was completed on October 16, 2007, which generated concerns on the road’s performance.

The judicial inquiry then called upon Peter Gamble, the designated manager responsible for the Dufferin paving crews on the RHVP. Further, as a Dufferin representative, Gamble was a Director of the Board for the Ontario Hot Mix Producers Association (OHMPA).

On July 20, 2007, Paul Janicas (Dufferin) emails Gamble (including Marco Oddi from the City of Hamilton) with information on the aggregates to be used for the paving. He notes in the email that the information should satisfy the concerns verbally expressed. However, the email does not go to Dr. Uzarowski or any other Golder employee that is responsible for quality control.

Due to scheduling issues, no witnesses testified on this day.

Over two days, the Commission heard from Marco Oddi, a former employee with the City of Hamilton and one of the key persons involved in the RHVP construction.

The Hamilton Independent will report on this testimony next week when the official transcripts are released by the Commission.