The Alberta Sovereignty Act pushes back 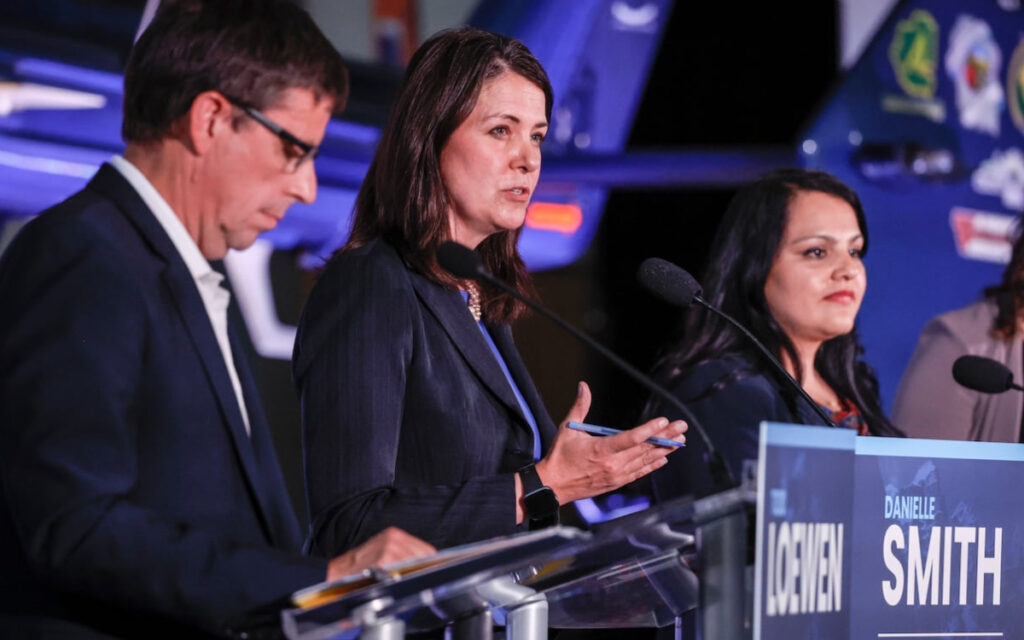 It is said that the definition of insanity is doing the same thing over and over again and expecting a different outcome. The Alberta government has tried all of the usual means of appealing to the federal government to change their ways and implement policies that would be beneficial, not harmful, to Alberta but those efforts have fallen on deaf ears. Danielle Smith, believed to be the front runner for the leadership of the United Conservative Party (UCP) in the race that is currently underway, has suggested a dramatically different approach to protecting the interests of Albertans with the proposed Alberta Sovereignty Act (ASA).

The stated purpose of the ASA is to defend Alberta from the federal government’s ongoing economic and constitutional attacks. The law, once it is drafted, is intended to enable the province to refuse enforcing any federal law or policy that violates the jurisdictional rights of Alberta under Sections 92 to 95 of the Constitution. Smith asserts that this is not about Alberta separating from Canada, but rather Alberta establishing itself as a “nation within a nation”, as Quebec has done for years, and exercising Alberta’s constitutional rights within Canada to the maximum extent possible.

Smith has explained that the way the ASA will work is that when the federal government puts in place a policy that appears to violate Alberta’s Constitutional or Charter rights, the Alberta government can introduce a motion for a free vote of all Legislative Assembly members, not merely the premier or the governing party, as to whether to reject or amend the federal policy. Should the ASA come into being in future, there is a good possibility that other provinces – notably Saskatchewan – would attempt something similar.

This ASA has quickly become the most-discussed matter during the UCP campaign to date, with all other leadership candidates dismissing it as unconstitutional, radical, unrealistic and potentially harmful to the province by creating an environment of business uncertainty. However, the many policies punitive to Alberta that have been imposed by the current federal government have already sharply reduced investment in the province, increased uncertainty and prevented development of the oil and gas sector at a time when Alberta’s abundant resources are much in demand globally and could play a significant role in deterring such things as Russian aggression in Ukraine.

Federal government policies preventing the building of pipelines and liquid natural gas (LNG) infrastructure at a time of high demand that will continue for some time means Canada is losing out on massive export opportunities that would enrich all of Canada and enhance the standard of living of all Canadians. Instead, other countries are eating our lunch. All Canadians should be infuriated by these developments, not just Albertans. It is ironic that so many commentators have been quick to criticize the concept of the ASA as unworkable, yet seem perfectly fine with the foolish and self-destructive policies being pursued by the federal Liberals.

In a wildly inappropriate move, Alberta’s Lieutenant Governor Salma Lakhani also chose to weigh in on the ASA last week. Lakhani basically intimated that she might not grant royal assent to the ASA should it be passed in the provincial legislature. For any representative of the Queen to comment on a piece of legislation before it is drafted or anywhere near even being considered by a legislature is virtually unheard of. To do so in the midst of a leadership race of one political party is inexcusably partisan and not in keeping with the lieutenant governor’s role, especially considering that this position is appointed by the governor general on the recommendation of the prime minister. Criticism of Lakhani’s intrusion was justifiably widespread from both the left and the right.

Should Danielle Smith win the UCP leadership on October 6, she has vowed to introduce the ASA later this year. Even if provincial policies under an ASA were to eventually be found unconstitutional or otherwise offside by the courts, a strong pushback from Alberta is well justified given recent events. In the process of court proceedings, Alberta could end up with more powers than it currently has along the lines of what Quebec practices, and achieve more control over its own affairs as a result.

It could also encourage other provinces to resist punitive policies by an unfriendly federal government, and better inform Canadians generally about legitimate grievances of the provinces and how an absence of national unity is not beneficial to any Canadian. A federal government that has been as divisive and inflexible as the current Liberal government, especially considering how they have consistently discriminated against certain parts of the country where people choose not to vote Liberal, richly deserves to be challenged.

There can be no doubt that Alberta has been treated abysmally by the federal Liberal government. In light of the massive contribution Alberta makes to the country, Canadians in other regions need to give their heads a shake if they believe this mistreatment of Alberta does not have significant negative impacts on them as well. Alberta deserves better, and should be supported in attempting a bold, different approach. After all, to make an omelette you always have to break a few eggs.