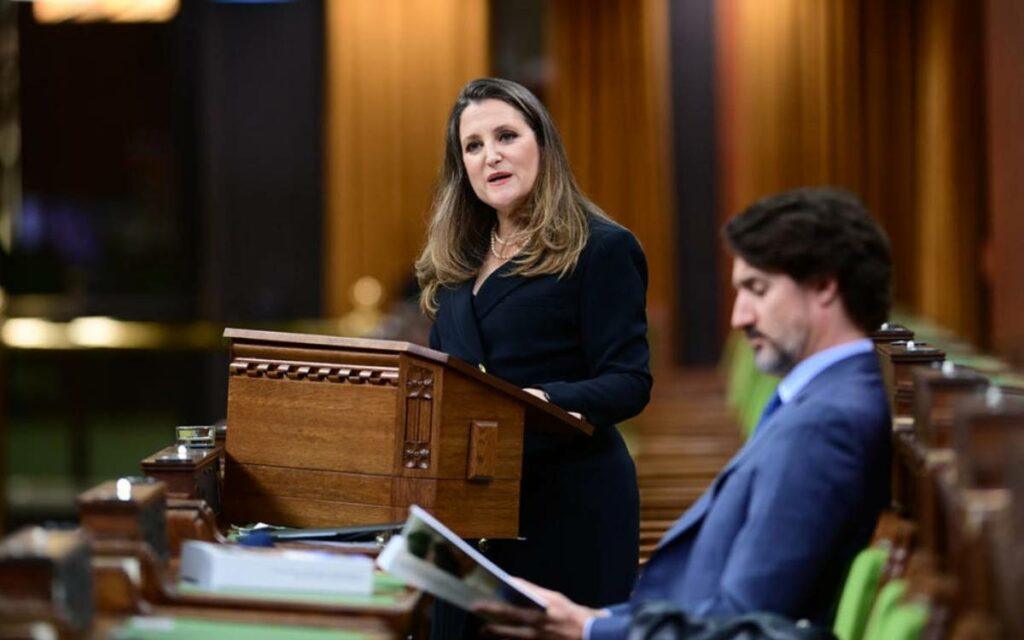 It has become all too commonplace in Ottawa for governing politicians and federal bureaucrats to purposefully obfuscate and prolong public disclosure of government expenditures on programs and contracts. With the return of MPs to parliament, Canada’s leading parliamentary watchdogs have sounded alarm bells about the government’s lack of transparency regarding its expenditures. It is increasingly difficult for anyone – elected officials, media, and concerned citizens – to accurately assess the government’s fiscal record. To attempt to do so is much akin to playing whack-a-mole with a blindfold on.

Democracy Watch is a national non-profit, non-partisan organization that bills itself as “Canada’s leading citizen group advocating democratic reform, government accountability and corporate responsibility.” This organization is concerned about the federal government’s lack of accountability. It is calling on the federal government – specifically “the Liberals” – to make immediate, necessary changes in law that will curb secret lobbying and sole-sourcing contracts, secret investments by politicians, their staff and Cabinet appointees, as well as strengthen whistleblower protection.

Duff Conacher, cofounder of Democracy Watch, suggests the lack of information coming out of Ottawa these days is by design. Conacher says, “The Trudeau government usually misleads in their initial response, and then when it’s pointed out that they’re lying to voters, they then come up with lame excuses for delaying action or solving whatever the problem is. And then [they] just don’t do anything again until the media highlights, again, that the problem still exists and hasn’t been solved. And that’s the pattern since they were elected in 2015.”

Yves Giroux, Canada’s Parliamentary Budget Officer (PBO), points to the routine delay in reporting government spending and program operations. This avoidance tactic hampers and, in some cases disables MPs’ ability to fulfill their fiduciary responsibilities. Giroux is calling for legislation that will require the government’s public accounts to be published in a timely manner.

It frustrates the PBO that the government has yet to provide parliament with a full accounting of over $600 billion spent in the 2020-21 fiscal year. Even as it is requesting new spending for next year, the government has failed to table the necessary public accounts for last year. The federal ledger has no official deficit or national debt numbers; parliamentarians have no measure of how responsible federal departments have been with taxpayers’ dollars.

This lack of accountability also draws into question the government’s planned expenditures. For example, the PBO has identified that a third of the scheduled $541.9 billion allocated for new spending for unspecified pandemic-related activities over the next five years is not part of the government’s formal COVID-19 response plan. In other words, the public is left in the dark as to how $541.9 billion is to be spent.

In the past few weeks there have been a number of news items revealing questionable government spending. Many of these details are sure to surprise Canadians as these expenditures went largely unreported in mainstream media.

In a recent House of Commons exchange, Treasury Board President Mona Fortier could not explain a line item totaling $81.9 million that was to promote vaccinations in the public service. There is no record – not a document, email or memo – that details how this money was spent.

Health Minister Jean-Yves Duclos has not offered any details of a $150 million contract to SNC-Lavalin Group for mobile hospitals that were never used. There is no record of how this 2020 sole-sourced contract came about, nor few details of the contract terms and oversight, or of the millions of dollars currently being billed to warehouse the hospital materials.

MPs were informed that the Department of Public Works has unilaterally raised the cost of renovating Parliament’s Centre Block by 66 per cent. Without any parliamentary review the initially approved ten-year project costing $3.04 billion has morphed into a 12 year project costing taxpayers $5 billion.

MPs recently learned that Attorney General David Lametti spent $123,000 in legal fees to hide government documents relating to the Winnipeg Microbiology Laboratory and the firing and disappearance of the two Chinese researchers who were working on virus experiments and in contact with the Wuhan Laboratory. The Trudeau cabinet has gone to unprecedented lengths and continues to find new ways to keep this information sealed and buried.

It has just revealed that the sole-sourced $126 million Noravax vaccine plant in Montreal sits idle and still has no schedule to begin producing vaccines. The delay is that the Noravax vaccine is yet to be approved for use by Health Canada. This sad affair is a repeat of the sole-sourced contracts awarded to former Liberal MP Frank Baylis. His Montreal company was given a $237 million contract to make 10,000 pandemic ventilators even though Health Canada had not approved them. It is still unknown whether his company has delivered the ventilators.

The Globe and Mail investigated federal contracts to Liberal-friendly consulting firm McKinsey that “rose from nearly zero prior to 2015 to $17.2 million during the 2020-21 fiscal year.” McKinsey just signed a sole-sourced contract to fix the infamous Phoenix payroll system for $27.7 million, which is more than a five time increase over the original contract figure of $4.9 million. Having been made aware of the McKinsey contracts through the media, MPs are now calling on the Auditor-General to investigate.

The Globe and Mail also reports that since Liberals formed government in 2015, federal spending on outsourced contracts “professional and special services” has increased more than 40 per cent, and last year totaled $11.8 billion. (This spending is in addition to a remarkable 24 per cent increase in the size of the federal public service since 2015!)

As remarkable as the fact that the federal civil service grew more than 10,000 jobs during the last year of the pandemic, it is hard to reason that more than 312,000 federal employees received pay raises when so many Canadians were without work. Statistics Canada reports on Canadian unemployment each month. The Bank of Canada and other agencies report inflation figures and cost of living data. However, if it were not for investigative journalists’ work, the facts about additional federal hires and the pay increases would not be known.

That is the rub. It is the siren cry about accountability and transparency from Duff Conacher and Yves Giroux. The Trudeau government should be obligated to table its public accounts documents so that MPs and the public can appropriately review federal expenditures and contracts. Canadians have a right to know just how their money is being spent.