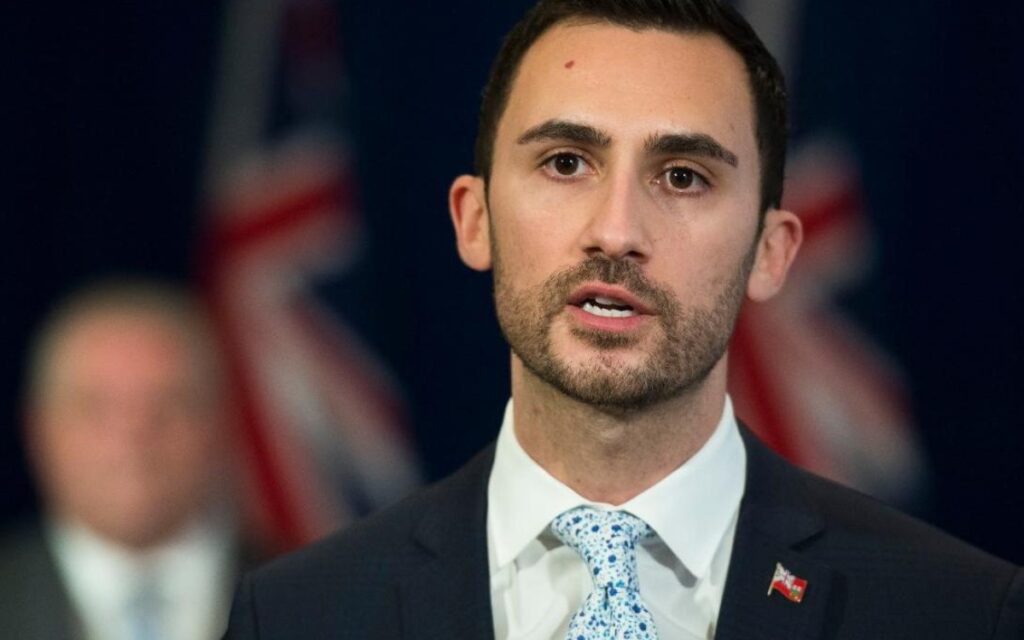 Traditional evaluation methods develop students’ ability to plan, deal with pressure, cope with expectations and, on occasion, experience and learn from failure. Pictured is provincial Minister of Education Stephen Lecce. Lecce’s ministry recently confirmed that local schools and boards can now decide if they will administer an exam to determine a final grade for secondary students. Photo credit: The Canadian Press/Nathan Denette

Whether you work in a widget factory or a hospital, as an office worker or at a skilled trade, the work world is full of deadlines, pressures, high expectations, numerous standards, and outcome measurements.

How do we expect our students to succeed in that kind of environment if they don’t start learning in school?

The problem is that Ontario’s Ministry of Education is allowing the elimination of mandatory final exams as part of a student’s performance evaluation.

The direction from the department says that post-COVID, “final evaluations appropriate to course content will resume” but school boards can decide if they will administer a final exam for secondary students.

A spokesperson for Education Minister Stephen Lecce told Toronto Sun columnist Anthony Furey: “a final evaluation does not need to be an examination…it could include one or a combination of…a performance, an essay or another method of evaluation suitable to the course content.”

Two quotes from other officials add to the concern.

“The trend is leaning heavily toward eliminating the formal exam in favour of encouraging a ‘growth mindset’ in the students.” Another said, “this is essentially giving students permission to forgo deadlines.”

And that is precisely the point.

Of course, there should be flexibility in assessing student performance. Determining how successful a student has been in a music or technology class is much different than assessing how well the student absorbed the curriculum in chemistry or algebra.

But whatever the field, critical thinking skills as well as actual knowledge are mandatory. Exams are an important tool for assessing student performance in these areas.

Perhaps more importantly, they help prepare students for life after school – where they will compete for jobs and advancement against students who have been educated in countries where standards are not only much higher, the performance of those students is better than ours.

As this space reported earlier, the Programme for International Student Assessment (PISA) tests of Grade 10 students in math, science and reading showed an alarming decline in Canada’s results as compared to other G7 countries whose results are increasing. And that was before COVID school closures which are now acknowledged by many experts as having done more damage to learning skills and mental health in children than the disease itself.

This writer well remembers the controversy over the introduction of the Grade 10 literacy test some years ago. Employers and post-secondary institutions had been complaining loudly that students were leaving high school without the literacy skills they needed to succeed.

The test was to ensure that students attained this basic skill and to provide extra support if needed, to help them do so. The test could be adapted for special needs students and students could take the test as often as they needed to pass.

The most alarming objection was the claim that failure on such a critical measurement tool would undermine a student’s self-esteem. No one seemed concerned about the damage to self-esteem if that student was fired from a first job or could not cope with post-secondary school courses.

An exam can teach students how to deal with pressure and deadlines, how to plan and organize their study or practice time, how to deal with expectations and, perhaps most importantly of all, how to deal with failure. For example, in the world of start-up technology firms, it is common for employers to ask potential employees how often they have failed and what lessons they learned from it. Those without a good story to tell don’t get hired.

Janet Ecker is a former Ontario Finance Minister, Minister of Education, Minister of Community and Social Services and Government House Leader in the governments of Premier Mike Harris and Premier Ernie Eves. After her political career, she served as the founding CEO of the Toronto Financial Services Alliance, a public-private partnership dedicated to building Toronto region into an international financial centre. She currently sits on a number of corporate and non-profit boards, agencies and advisory committees.

Ms. Ecker received the Order of Canada for her public service contributions and was recognized as one of the “Most Influential People in the World’s Financial Centres” by Financial Centres International.  She also received a “Canada’s Most Powerful Women: Top 100 Award” from the Women’s Executive Network and the Richard Ivey School of Business, among other awards. She is also one of the founders of Equal Voice, a national, multi-partisan organization working to elect more women.