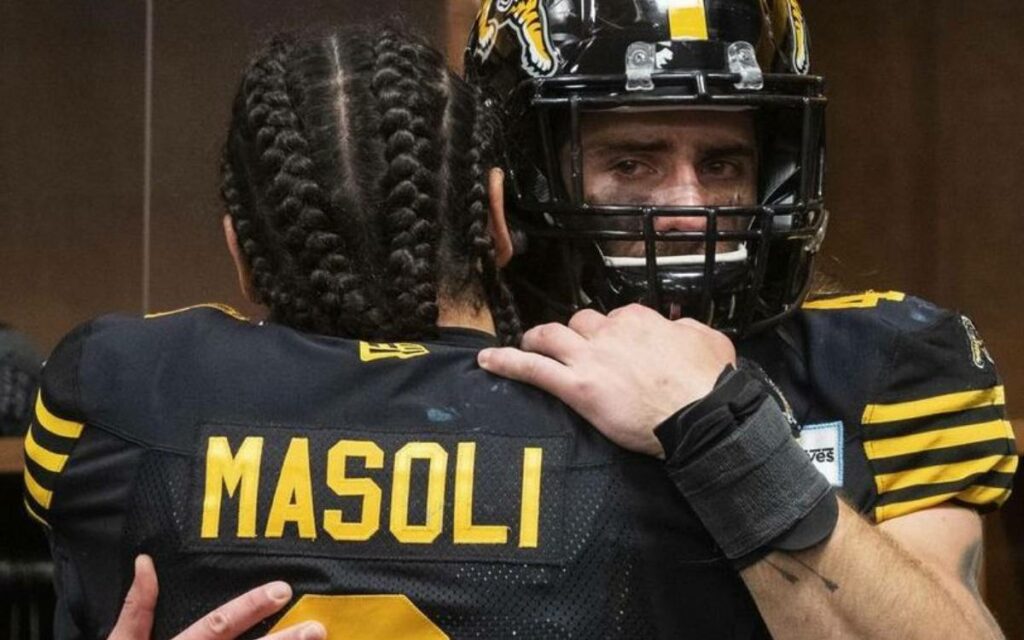 Sunday was a day to forget for many football fans here in Niagara.

Between the CFL Hamilton Tiger-Cats, and the NFL Buffalo Bills, Niagara is home to over 10,000 season ticket holders for both organizations.

First in the 108th Grey Cup, the hometown Ti-Cats carried a 22-10 fourth quarter lead only to drop a 33-25 decision to the Winnipeg Blue Bombers.

The crowd of 26,324 was an all-time Tim Hortons Field attendance record.

Grey Cup ‘Most Valuable Player’, and CFL ‘Most Outstanding Player’ during the regular season, Zach Collaros connected with Darvin Adams on the winning touchdown as the Blue Bombers won their second straight Grey Cup.

And there is one local connection on the Winnipeg team. Welland, Ontario’s Johnny Augustine also picked up his second straight Canadian football championship.

The Blue Bombers back-up running back and special teamer was credited with a tackle in the win.

Van Zeyl was also named the recipient of the Jake Gaudaur Veterans’ Award during the CFL Awards last week.

The award recognizes a Canadian player who embodies the attributes of Canada’s veterans and the ones held by its namesake: strength, perseverance, courage, comradeship and contribution to Canadian communities.

“After a difficult year and the uncertainty caused by the pandemic, Chris has been a shining example of the quality of character that we’re so fortunate to have in our league,” said CFL Commissioner Randy Ambrosie in a press release.

“He is not only a dedicated teammate and leader, but also an incredible pillar of strength in the community, lending his support to Hamiltonians and providing a voice to those who have not been blessed with the opportunities we have.”

Just over 1,700 kilometers south of Hamilton, the Buffalo Bills had their fans on the edge of their seats mounting a massive comeback only to lose 33-27 in overtime to the Tampa Bay Buccaneers at Raymond James Stadium.

The Bills trailed the Bucs 24-3 at halftime.

Josh Allen rallied Buffalo to tie the game at 27, forcing OT, before all-world quarterback Tom Brady connected with Breshad Perriman on a 58-yard touchdown for a walk-off win.

The touchdown was Brady’s 700th of his illustrious career.

To make matters worse for Buffalo, Allen entered the post-game press conference in a walking boot, and his status for next Sunday’s game at New England is currently in question.

“Our medical staff checked with him,” Bills head coach Sean McDermott said. “There was talk about how he was, what could he do still. He’s a warrior and he played his butt off.”

Allen finished 36-of-54 (a career high passing attempts) for 308 yards with two touchdowns and an interception. He also ran for 109 yards and a touchdown, becoming the first Bills player with at least 250 passing yards and 100 rushing yards in a game.

Allen is also the only player in the past 40 seasons to attempt all of his team’s passes and rushes in a first half, according to the Elias Sports Bureau.

“There’s no way I was going out,” Allen said.

For a team picked by many to at least repeat their performance from last season – an appearance in the AFC Championship game – the (7-6) Bills are now in jeopardy of missing the playoffs.

As of Monday evening, Allen is officially listed as day to day with a sprained left foot.