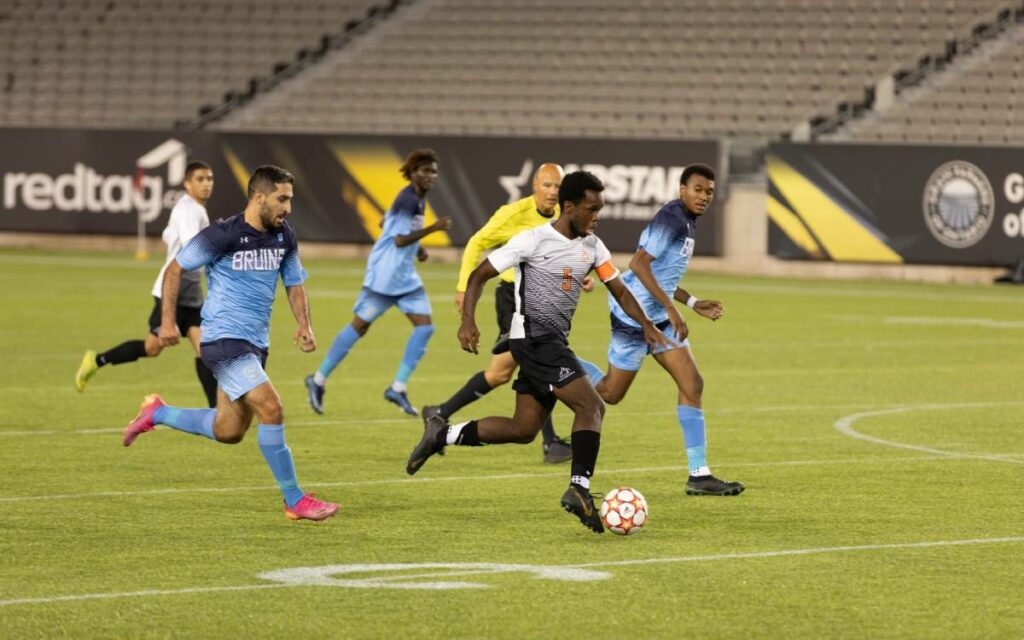 Making the announcement even more special is that Mohawk is now the very first Ontario Colleges Athletic Association (OCAA) institution to call a professional stadium its home field.

When the stadium opened, at the same site as the old Ivor Wynne Stadium, it was always hoped that other teams would be allowed to play their games at the venue. With the recent announcement from Mohawk College, this plan for more community usage is being realized more and more.

Tim Horton’s Field officially opened in 2014 and has held Pan-Am Games competitions, the 2021 Grey Cup, a FIFA World Cup qualification match between Canada and the United States, and the 2022 NHL Heritage Classic between the Toronto Maple Leafs and the Buffalo Sabres. It also hosted a Hamilton Bulldogs outdoor hockey game.

Mohawk College Director of Athletics and Recreation Matt Ferreira is ecstatic about what the move means for the Mountaineers.

“The move to this first-class stadium matches with the Mountaineers high-performance mindset and will provide our soccer teams a site they can call theirs,” he said.

The first games at the field will be on Wednesday, September 14, 2022 against cross-city rival the Redeemer Royals. The women’s game will start at 6 p.m. followed by the men’s game at 8 p.m.

The other four matchups this fall at Tim Horton’s Field will be against the Niagara Knights (Sept. 23), Conestoga Condors (Sept. 28), Fanshawe Falcons (Oct. 5), and Sheridan Bruins (Oct. 12).

The full Mohawk men’s and women’s soccer schedules can be found online. Ticket details are not yet available, but will be provided by the Mountaineers in the near future.