Around the Bay Road Race returns to Hamilton Harbour 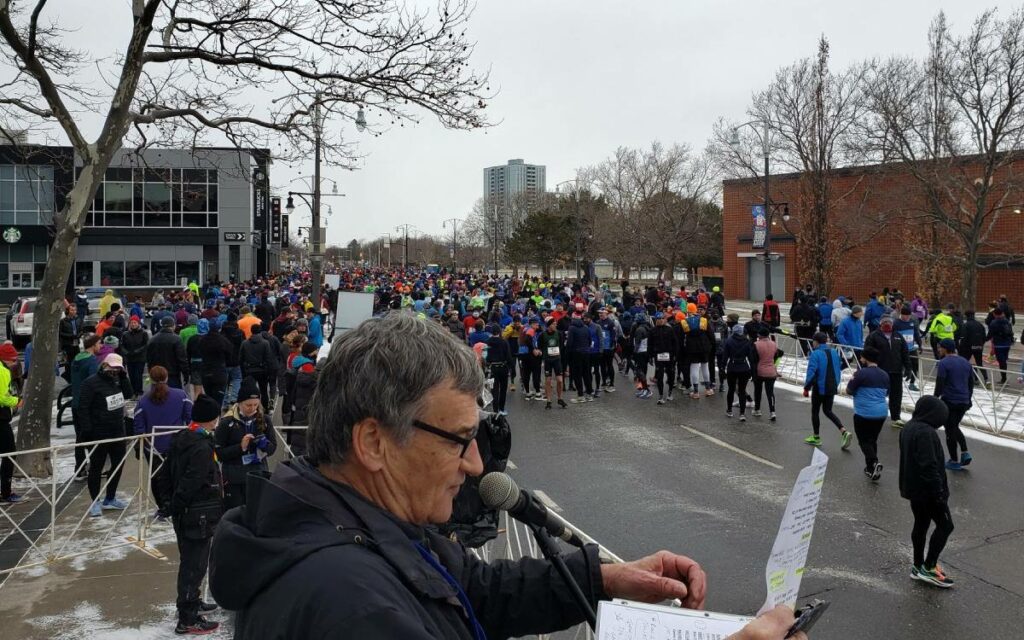 Participants line up to begin the iconic 30km road race on Sunday, Mar. 27, 2022. It was the first in-person running of the race since 2019. Photo credit: Twitter/BayRaceRun

Hamilton’s infamous Around the Bay Road Race returned to an in-person format for the first time since 2019 this past weekend. Postponed multiple times throughout the pandemic, and forced to hold virtual events instead, runners finally lined up side-by-side at 9:30 a.m. Sunday at York Boulevard and Bay Street.

Some runners likely wished that events were still virtual as below-freezing temperatures, strong winds, and occasional flurries plagued racers throughout. Despite the challenges, 3,362 people finished the race’s 30km main event.

Heartbreak Hill, a large climb in elevation near the end of the race officially returned after the City of Hamilton restored the Valley Inn pedestrian bridge which leads into the hill. A challenge for racers, conquering the hill is a rite of passage for those participating.

The cancellations of the 2020 race and the 2021 race due to the pandemic were the first cancellations since the 1962 competition. The 1962 race was skipped due to road construction.

There was a slight modification to the race this year; the number of participants in the 30km route was reduced from the usual 10,000 runners to about 6,000.

To this day, many runners compete in Around the Bay as a trial race in the lead-up to the Boston Marathon. That race takes place on Monday, April 18, 2022.

In terms of fund-raising, the race exceeded all expectations and generated $275,000 for St. Joseph’s Health Care Foundation. All funds will be used to support the expansion and renewal of the hospital’s Emergency Mental Health Services.

Since 2005, over $4 million has been raised through the race to support patient care and research at St. Joe’s Hospital.