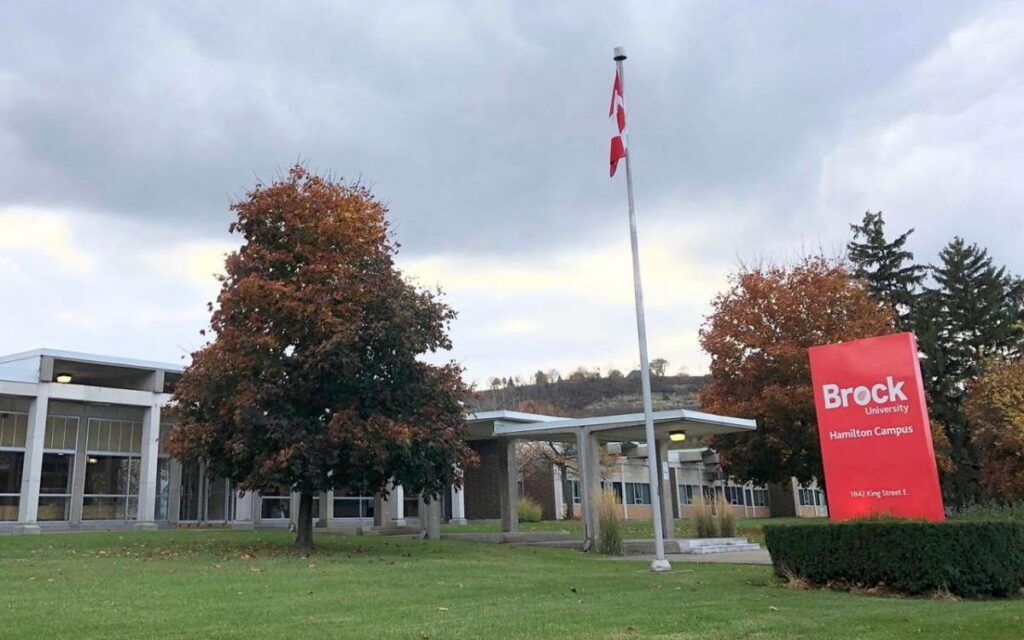 The east Hamilton site was previously used as a satellite campus for Brock University’s Faculty of Education (pictured). The school sold the property to New Horizon Development in September 2020. Photo credit: Brock University

Located near the Kenilworth Access, the site of Brock University’s former Hamilton satellite campus will soon look completely different. The current building on the property is slated to be torn down and replaced with an extensive residential development featuring 1,341 units and maxing out at 13 storeys.

The property, at 1842 King St. E, borders the Rosedale and Bartonville neighbourhoods and is located beside the Hamilton-staple Wear’s Flowers and Garden Centre. The northern boundary of the property is King St. E, while the southern boundary is Lawrence Rd. New Horizon Development, led by Hamiltonian Jeff Paikin, is the group that brought the plans forward.

The new development will consist of four large multi-residential buildings reaching 13 storeys. However, the parts of the buildings facing streets will max out at nine storeys, with the 13-storey elements recessed back from the road. There will also be four-storey stacked townhouses on the eastern and western sides.

A three-level underground parking garage is also part of the plan, as well as ground-floor commercial space. The development’s driveway, with access to parking garages, will exit onto King St., with a pedestrian promenade stretching all the way through the middle of the property connecting Lawrence Rd. to King St.

From an environmental standpoint, green elements of the buildings will reportedly include the usage of permeable surfaces as well as the installation of solar panels and a geothermal energy system.

The closest bus route servicing the area is the Route 5 Delaware, but the closest planned Hamilton LRT stops are about a 15-minute walk away. The LRT is planned for the Queenston Rd. corridor.

Nearby stores include a Shopper’s Drug Mart and a Metro, which are mere metres away from the site.

Some area residents have presented the usual concerns that accompany virtually every residential development of this size, ranging from traffic issues to privacy loss to building shadows blocking sunlight.

However, New Horizon notes that there are already similar apartment buildings in the area near King St. and Cochrane Rd. At least one of those existing buildings is also 13 storeys, with others in the 10 to 12 range.