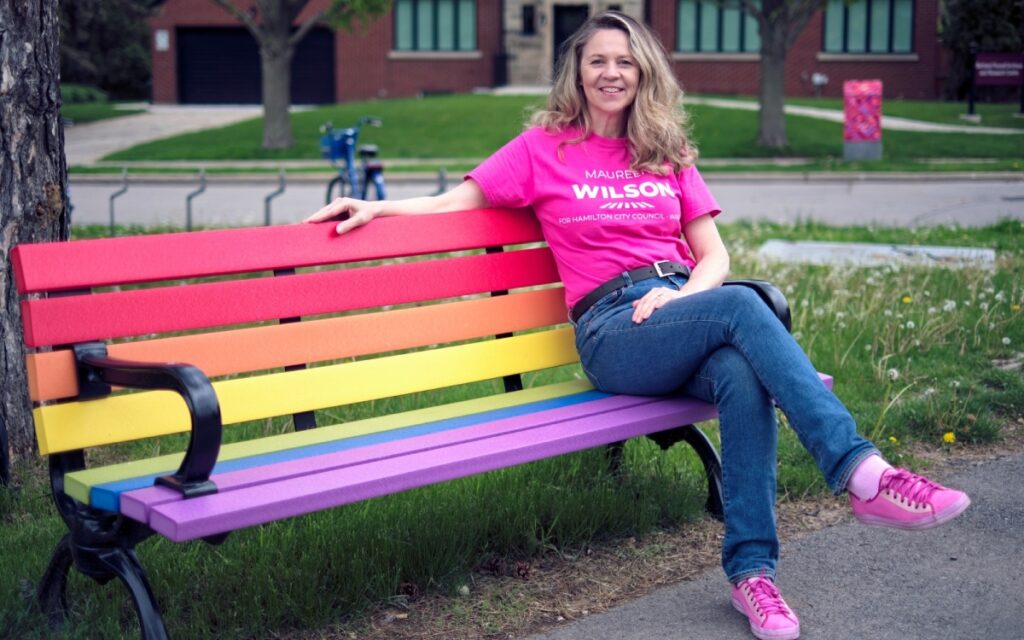 The incumbent candidate (pictured) faced a number of questions about her apparent desire to ‘defund the police’ when she squared off against challengers Ian MacPherson and John Vail at the Cable 14 debate two weeks ago. Photo credit: Facebook/Maureen Wilson

The Ward 1 Cable 14 debate took place on September 13. A replay of the debate can be watched via YouTube. Sitting Councillor Maureen Wilson is running for re-election and sought to defend her record during the debate against two challengers.

Advanced polls are open at Dalewood Recreation Centre on the following dates:

Election day is Monday, October 24 and polls are open from 10AM-8PM at 11 locations across Ward 1. To find out your closest location click here.

The debate consisted of a two-minute opening statement from each candidate, questions from local media, and then an open forum period for candidates to ask each other questions.

“I’ve lived my life with integrity and honesty,” he said.

MacPherson has volunteered with Challenger Baseball Hamilton, an organization that hosts sports and social activities for players with special needs. He also helped found the Canadian Association of Pompe. Pompe is a genetic condition that disables the heart and skeletal muscles.

Vail said that Ward 1 residents are “not happy with the divisive wrong-headed policies being espoused by the current councillor.”

“Unlike her, I am a collaborator who will not pick fights, but will choose solutions, who does not want to defund and will not defund the police, and who will not add to our neighbourhood congestion with over-intensification.”

Wilson used her opening to say that it has been an honour to serve as a councillor for the past four years and noted that her previous urban planning position, municipal experience, and role as a mother have all helped make her qualified for re-election.

After the openings, the media panel of Sebastian Bron (Hamilton Spectator) and Al Sweeney (CHCH News) asked the candidates questions.

Bron’s first question, directed to Wilson, asked about the infamous McMaster University fake homecoming event that upended the west end of the city and resulted in a student’s vehicle being flipped on its roof. Wilson said that new bylaws, which give the city new powers to make offenders pay for damage, are in the process of being approved.

In response, Vail once again said that Wilson wants to defund the police.

Wilson countered that she simply believes that police should not have to “take on duties they were not trained for.”

MacPherson commented that he “stands by” the police department and that bylaws need to be enforced.

Bron had another question later on about the Chedoke Creek sewage leak and how the details were hidden from the public.

Wilson said that she “argued consistently and strongly to let the public know about the duration and volume” of the leak.

Then came the open forum part of the debate. Both Vail and MacPherson criticized Wilson, with Vail suggesting she is a “polarizing figure” and MacPherson claiming that the incumbent is often unavailable to talk to residents.

Conversation then turned to the issue of defunding the police once again, with MacPherson asking Wilson how she could ensure resident safety while at the same time supporting defunding.

Wilson said that police currently have to respond to “heavy, complex matters” that would be better dealt with by “other professionals and services.”

She said that the process of “detasking” would be done with police in a “leadership position”.

At the end of the open forum time was called and the debate ended.