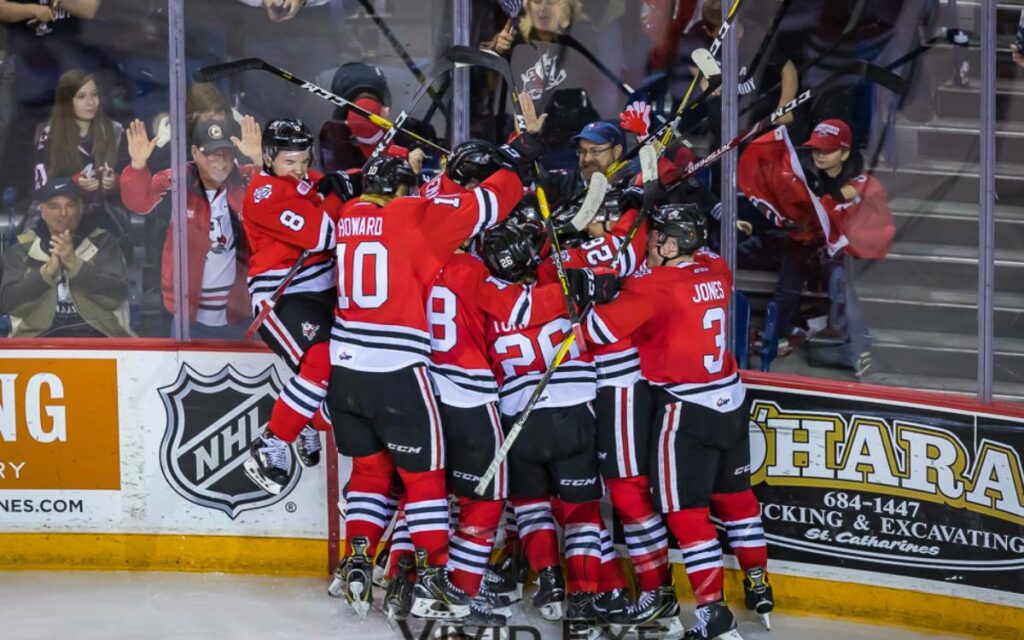 It was music to many sporting franchises ears on Valentine’s Day.

On Monday, the Ontario government announced it will speed up the province’s reopening timeline.

In terms of sports, that means locally the Niagara IceDogs of the Ontario Hockey League (OHL) and the six regional-based Junior B teams of the Greater Ontario Junior Hockey League (GOJHL) – St. Catharines Falcons, Fort Erie Meteors, Welland Jr. Canadians, Pelham Panthers, Thorold Blackhawks and Niagara Falls Canucks – will be able to increase to 50 per cent capacity beginning this Thursday, Feb. 17, and if public health indicators keep trending in the right direction, full capacity will be allowed as of March 1.

“With key public health indicators continuing to improve, our province can once again show that we have not only the greatest athletes in the world but the greatest fans too,” Minister of Heritage, Sport, Tourism and Culture Lisa MacLeod told The Niagara Independent.

“The return of fans in stands is another important step to Ontario’s recovery from the triple threat presented by COVID-19 – health, economic, and social crisis.

As restrictions ease, we will continue to work with our partners in the sector to create opportunities for children, youth, families and athletes to play safely, develop from playground to podium and showcase Ontario on the national and international stage.”

The Maple Leafs continue to lead all Canadian NHL teams in points, while the Raptors recent run has vaulted them back into the playoff picture.

“Following the announcement this (Monday) morning by the Ontario government, MLSE is very pleased to begin working towards the next phase of reopening this week and welcoming fans back to our venues,” Maple Leaf Sports and Entertainment, which owns the Leafs and Raptors, said in a statement.

“As an organization that hosts more than four million fans per year, and hundreds of events in multiple venues, MLSE is proud to serve as a central gathering place in Toronto and is fully supportive of the public health measures that have helped protect our community throughout the pandemic. MLSE is also grateful for the tireless work by the provincial government and public health officials that will allow us to return to full operations in a safe manner for our employees, fans and the community at large on March 1.”

The rebuild continues in the nation’s capital with the Senators.

All three franchises would love to have full-capacity down the stretch, and in the case of the Leafs and Raptors heading into the postseason.

Locally the Niagara IceDogs, who are regularly in the top-five of attendance across the OHL since moving to the Meridian Centre in downtown St. Catharines, will need the seventh man on a nightly basis to get back into playoff contention.

The initial plan released by the province in January was to allow a maximum of 500 spectators at indoor sporting venues in Ontario from January 31 to February 20 before moving to 50 per cent capacity starting February 21.

The government was hoping to lift all capacity limits by March 14.

The province is also forgoing its proof of vaccination requirement as of March 1, but businesses and other settings can still choose to enforce it.

Masking requirements will remain in place at this time, Ford said, with a specific timeline to lift this measure to be communicated at a later date.

Stay tuned to The Niagara Independent for all your regional sporting updates!